DiorColorQuake: the most populair sunglasses of the new season

The DiorColorQuake sunglasses are already the coolest sunglasses of the year. These ‘mask’ sunnies, inspired by the populair styles from the seventies, were first to be seen during the Dior ready-to-wear show for Fall/Winter 2018-2019. As it happens with a lot of things Dior, it didn’t take long to spot them with our favorite bloggers & celebs! Just to name a few: Sofie Valkiers, Chiara Ferragni, …

The DiorColorQuake sunglasses are very stylish and elegant, but maintain a certain ‘je-ne-sais-quoi’ vibe. The ColorQuake collection is available in differte colours and models. The series features a square mask, a subtile butterfly shape and an oversized aviatory style.

Joining the DiorClub themed sunglasses, these DiorColorQuake sunnies stand out because of their sunlenses in bright colors. Pink, yellow, green or blue. The minimalists might fancy the neutral peachy and silver tones a bit more. The monochrome sunglasses offer 100% UV-protection and are finished with thin, metal temples. 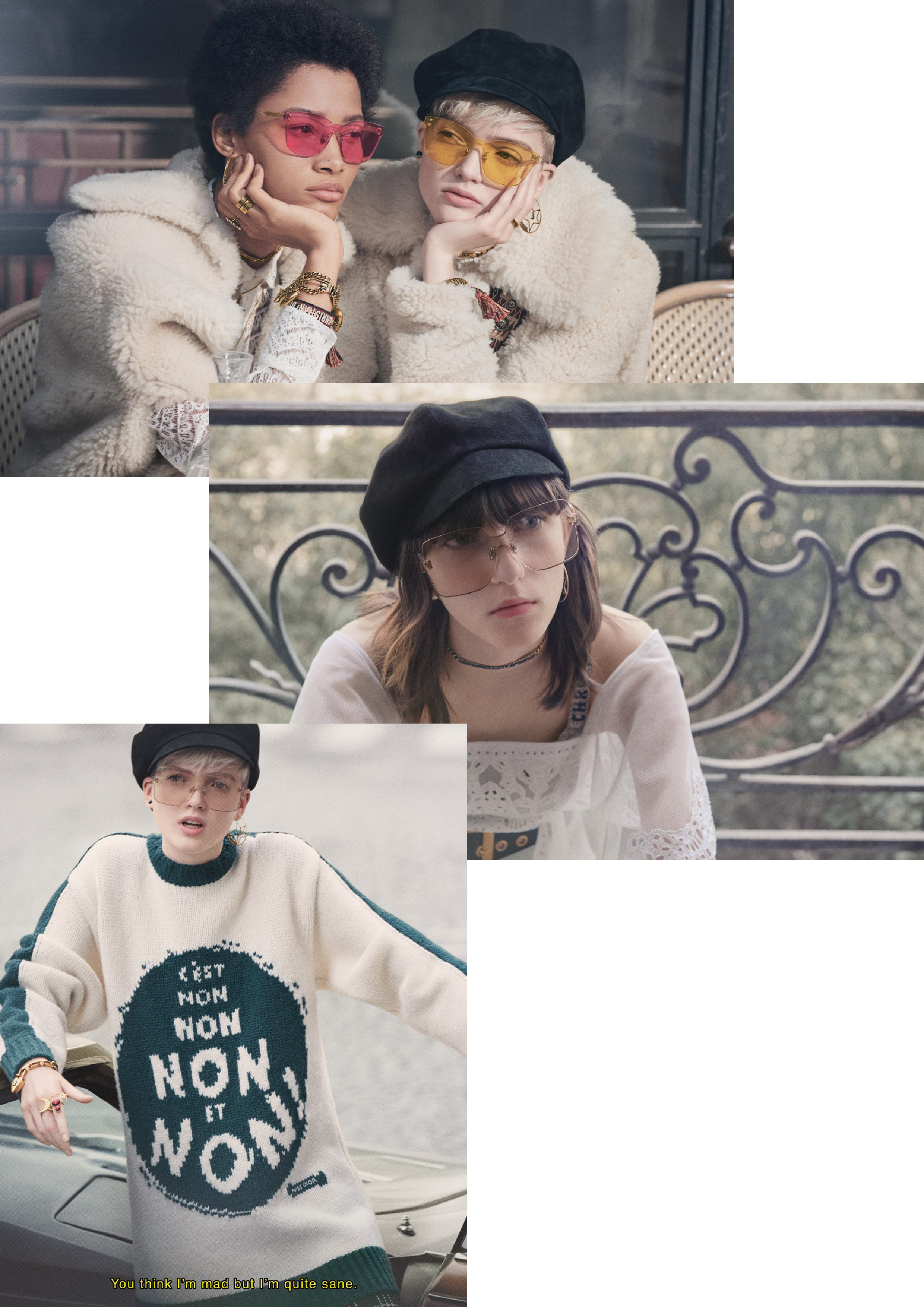 The name of the musthave DiorColorQuake refers to the ‘Youthquakers’. The term originated in 1965, put together by the former editor of Vogue Us, Diana Vreeland. With this term, Vreeland referred to a generation of progressive women and young adults in Great Britain. This movement within pop culture craved innovative fashion and more freedom.

“Personality was the focus of attention during the 1960s. For the first time, mannequins became real individuals. It was an era of great projects and creativity in which women invented themselves.”

Creative director at Dior, Maria Grazia Chiuri, was inspired by the fashion and style icons from that time. The clothing of the Youthquakers was cheerful, playful and sometimes a bit androgynous. Think of the miniskirt, the trouser suit, the jumpsuit, but also vividly colored pieces were all the rage.

The era gave birth to a mix of styles: mod, space age and hippie style. Well-known faces such as Twiggy, Edie Sedgwick or Jean Shrimpton were showing on the cover of large magazines like Vogue. Pop icons such as The Beatles & Jimi Hendrix left their mark on the fashion trends. The energy of that young generation was a source of inspiration for great designers of that time and formed the current textile industry.

Be the first to discover the DiorColorQuake sunglasses in store or shop them online!